Our current evolutionary goal is to become Soul conscious in our brain awareness. While the Overlighting Soul, inhabiting the Soul plane (for lack of a better term), knows itself to be Soul, the Soul’s extension in incarnation which is anchored in the human brain does not know itself to be Soul.

Soul is consciousness capable of awareness. To become Soul conscious means to expand the awareness of the “conscious thinking I” from “I am body” to “I am Soul” – and this is our current evolutionary goal.

Now, to speed up this merger between the Overlighing Soul and the Soul’s extension of itself in incarnation and to propel us forward on our goal to Soul consciousness, we can take advantage of the science of invocation. Invocation is the activity of calling down into the form nature – via the consciousness thread – the Overligthing Soul.

In this series of Divine Invocations, we rhythmically call on the I AM THAT I AM with the conscious intent to invoke a magnetic merger with the I AM.

Now, think of the Overlighting Soul as the prototype for the incarnated consciousness. And think of the Seven Rays as seven energies which the Soul works with to be creative and precipitate the Divine Plan into manifestation. If we want to become Soul conscious in our brain awareness, we need to develop ourselves, here on Earth while in incarnation, in the Seven Rays so we may then consciously wield them in the creative process. However, before we can develop ourselves in the Seven Rays, we first have to appropriate the energies and bring them into our sphere of activity – and we accomplish that by invoking them.

With this greater purpose in mind, in this series of invocations, we invoke the I AM THAT I AM to invest us – the Soul in incarnation – with the qualities of the Seven Rays.

Invocation is a deeply Divine process that builds upon the magnetic properties of consciousness. Just as two people, when they fall in love with each other, are magnetically attracted to each other, we magnetically attract the Overlighting Soul down into our brain awareness by invoking it, and we develop the characteristics of the Soul by invoking the Seven Rays into our energy field.  And once they are in our field, when we can then go about and make a conscious effort to embody the ideal of the Soul and the characteristics that define the Soul, by this way bringing about a Soul infusion and gradual Soul identification.

When you choose to work with this series of invocations, you not only set the initiative to develop your own consciousness, but as you make a conscious effort to embody them in your daily life and affairs, you will begin to radiate your deeper divine understanding through your aura into the etheric network of humanity, thereby helping to lift the overall frequency of human consciousness and assisting the consciousness of humanity as a whole to become responsive to the Greater Divine Plan. So one of the best ways to be of service to this world is by lifting your own frequency – and working with this series of invocations is a wonderful way to accomplish that. 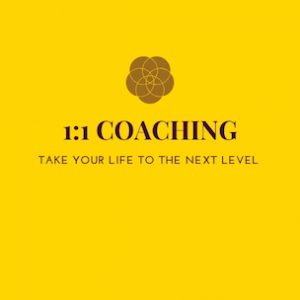